Because of the LORD's great love we are not consumed,
for His compassions never fail.
They are new every morning;
great is Your faithfulness.
I say to myself, "The LORD is my portion;
therefore I will wait for Him."
(Lamentations 2:22-24)

Without God, even a nationwide celebration at the Araneta Coliseum on one's birthday won't satisfy.
With God, even the crappiest, crankiest day filled with all the injustices of the world cannot stop one from giving thanks.

Yesterday, my birthday, the focus was barely on me. In fact, it was an exercise in humility before God and servanthood towards others.
In other words, i'm ready to be a wife and mom! ;p


Time and again, God has generally and specifically assured me that He is always with me.
So whenever i don't feel His presence, instead of chiding Him for His absence, i need to chide myself as Jesus does those "of little faith". Here, faith is far from blind --- faith is holding on to the promises of the God who has already revealed Himself to me and has already established a relationship with me.

Next year, the worldwide gathering of Every Nation churches will be held in Manila, where i live, and culminate on July 24, which is my birthday, again.
God is really making sure i glorify Him rather than myself, eh?
(Talk about an answered prayer for humility --- how can anybody top that? ;p)
4 comments

Pray for Kidnapped Missionaries in Yemen

Pray for Kidnapped Missionaries in Yemen 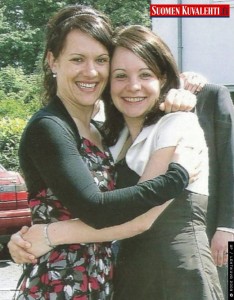 Would you take a moment to join us in prayer for the safety of six fellow believers who were kidnapped by suspected al-Qaeda linked terrorists in Yemen?

On June 12, a group of Christians, including 7 Germans, 1 British man and 1 South Korean were kidnapped while picnicking in the northern Yemeni province of Saada. The believers were aid workers based at al-Jumhuri hospital in northern Yemen. 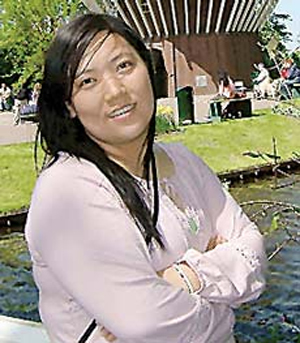 and Anita Gruenwald, 24 (picture at right), as well as a South Korean woman, Eom Young Sun, 33 (picture at bottom right), were found in el-Nashour, in northern Yemen.

Yemeni security officials have been searching for the other six Christians who are still missing. They are: Johannes Henschel and his wife Sabine, a German couple, and their three children - Lydia, 4, Anna, 3, and Simon, 11-months, and an unnamed British man.

- Comfort and strength for the families of the three murdered believers.

- Strength and comfort for the six still missing. Ask God to give them hope and faith as they go through this ordeal.

- The success for security officials in finding the six missing believers.

- For Muslims in Yemen to open up to the gospel of Jesus Christ.