Born without arms and legs, God is using Nick Vujicic to touch people otherwise crippled by fear and hopelessness. Two days ago I was blessed to hear this amazing man live in Smart Araneta Coliseum. 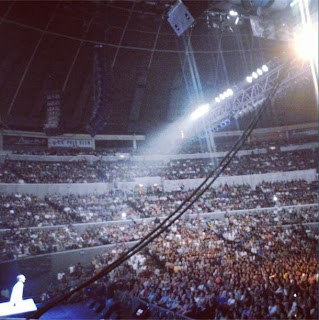 Here are the snippets I managed to write down. May you be inspired and encouraged as I am. :)

Nick Vujicic is the author of Your Life Without Limits, Unstoppable: The Incredible Power of Faith in Action, and Limitless: Devotions for a Ridiculously Good Life. He also encourages Christians to never miss an opportunity to share the Good News in this article.
0 comments